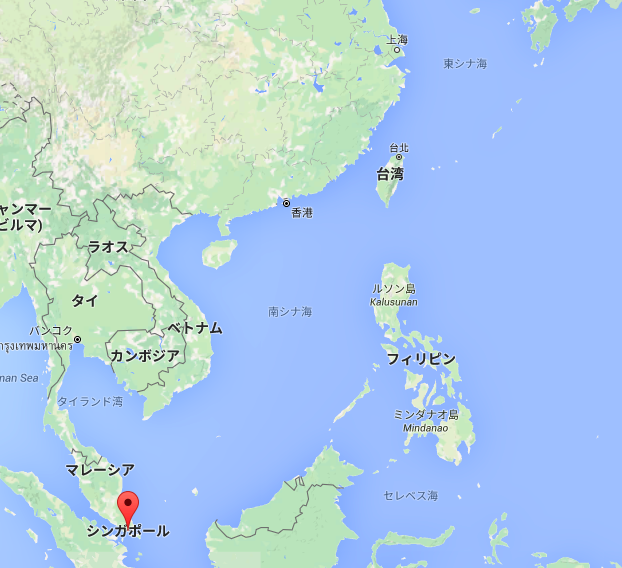 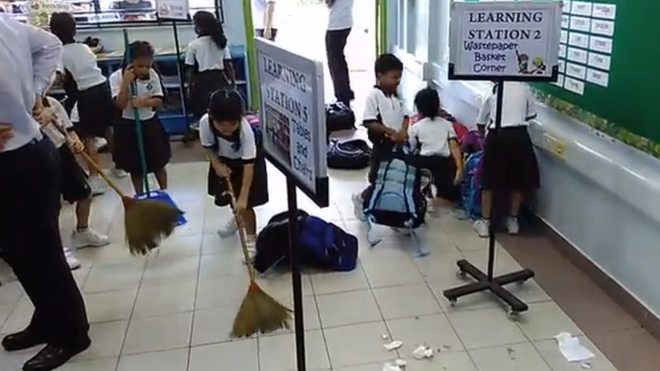 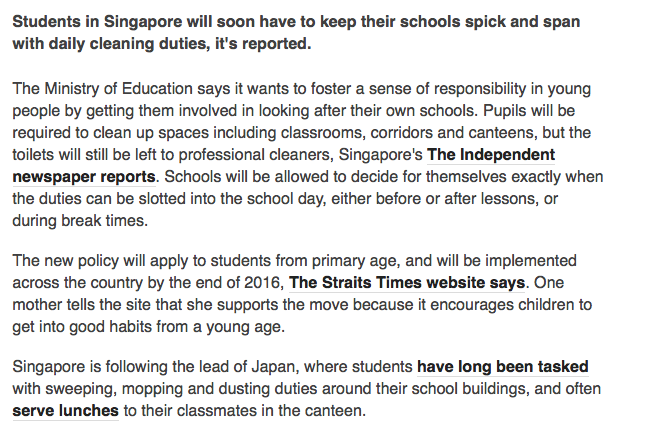 Students in Singapore will soon have to keep their schools spick and span with daily cleaning duties, it’s reported.

The Ministry of Education says it wants to foster a sense of responsibility in young people by getting them involved in looking after their own schools. Pupils will be required to clean up spaces including classrooms, corridors and canteens, but the toilets will still be left to professional cleaners, Singapore’s The Independent newspaper reports.

Schools will be allowed to decide for themselves exactly when the duties can be slotted into the school day, either before or after lessons, or during break times.

The new policy will apply to students from primary age, and will be implemented across the country by the end of 2016, The Straits Times website says. One mother tells the site that she supports the move because it encourages children to get into good habits from a young age.

Singapore is following the lead of Japan, where students have long been tasked with sweeping, mopping and dusting duties around their school buildings, and often serve lunches to their classmates in the canteen.